“All I know is I am never going back till I can make them human again.”

Wirt and Greg meet Beatrice in the woods when she offers help in the Woodsman’s absence by saying “Maybe I can help you. I mean, you guys are lost, right?” She wants to be sure that these boys are lost and they have nobody to help around them or search them; but their conversation is interrupted by the Woodsman. As soon as Beatrice sees the Woodsman she flies away.

Actually Beatrice chases the brothers since the very beginning of the “The Old Grist Mill”. Even she left the brothers when she saw the Woodsman she continues to watch two brothers. We see her at the end of the first episode as chasing Wirt and Greg. 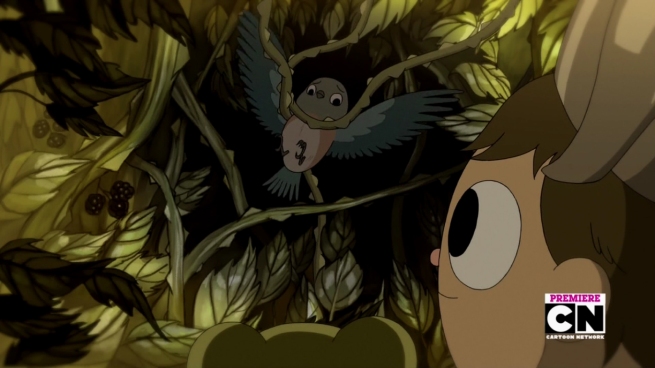 In “Hard Times at the Huskin Bee” Beatrice pretends like she was stuck at a bush and asks Greg’s help in return of a favour. I say “pretend”; because she doesn’t look really stuck there. Also, when Greg saves her, Beatrice immediately suggests the brothers to lead them to Adelaide, but Wirt decides that they are going to Pottsfield. Beatrice doesn’t like Wirt, because Wirt spoiled her plans. She even suggests Greg to ditch Wirt together. When they arrived Pottsfield she tries to change Wirt’s mind by saying “Hey, not to be obnoxious, but an abandoned ghost town doesn’t seem like it’s gonna be that useful getting you guys home.” Wirt tells Beatrice that she could go, but Beatrice answers him that she was honour bound to them. Why is Beatrice so obsessed with leading them to Adelaide? It is because Adelaide and Beatrice have a deal. If Beatrice finds a child for Adelaide to help her in the yard work, she can get Adelaide’s special scissors to make herself and her family human again.

The Woodsman takes Wirt, Greg and Kitty to a mill and explains that he had found the homestead abandoned and repurposed its mill for his needs. In fact this abandoned mill belongs to Beatrice’s family. Look at the pictures. 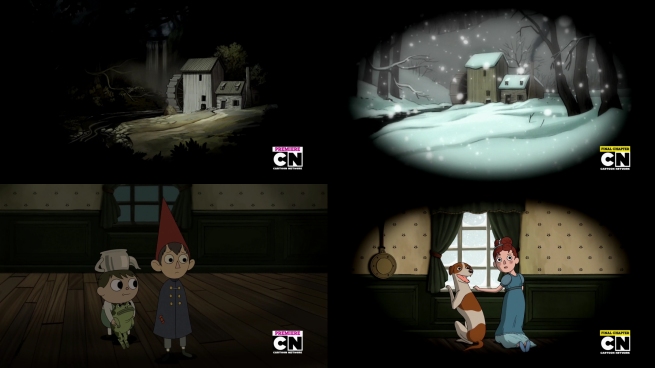 And ironically Beatrice’s house is full of bluebird figures. 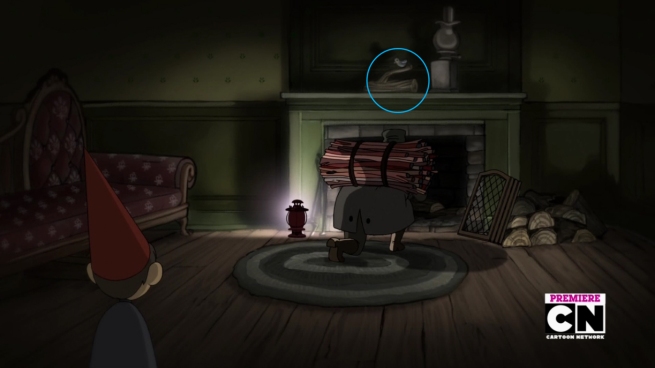 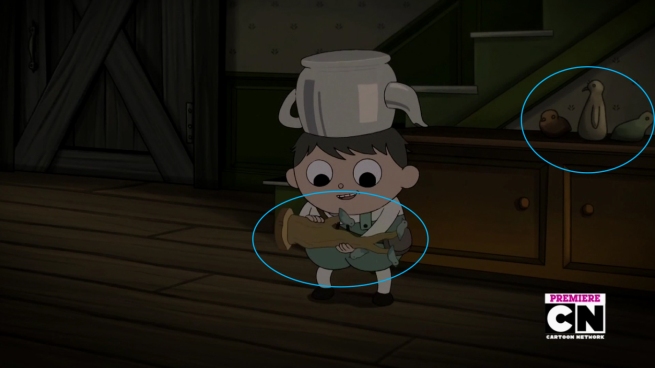 In “The Old Grist Mill” Greg sticks two of his candies on a black turtle and Wirt’s cape. One of the candies will get them into trouble and the other will save them from that trouble.

The black turtle which Greg candied before, turns a dog into a demonic creature when the dog swallows it. That dog-creature chases Wirt and Greg to the mill thanks to Greg’s candy trail and attacks them. Wirt realizes that the creature loves Greg’s candies, but there are no candies in Greg’s pants anymore. So Greg picks the last candy, the one he stuck on Wirt’s cape and with throwing it to the creature he beats the creature.

“That dog? That is not the beast!”

Did you notice that the dog which turns a creature is actually Beatrice’s dog. We all know that dogs are loyal, so is Beatrice’s dog. It never leaves the house although its family suddenly disappeared. It continues to guard the house and waits Beatrice’s and her family’s return.

Also these three horrifying silhouettes that Wirt sees in “The Old Grist Mill” are, in fact, three little squirrels that we can see again in “Schooltown Follies”. 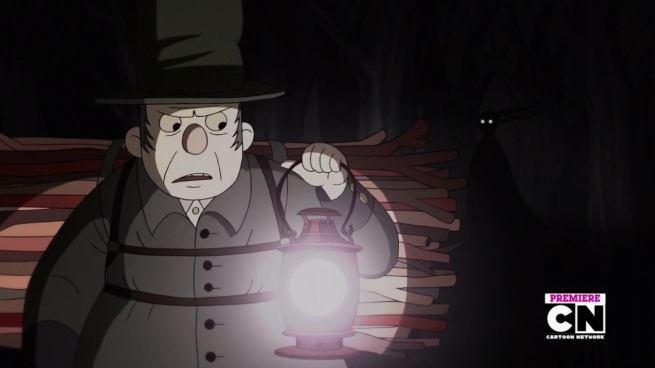 We know that the Dark Lantern belongs to the Beast and his soul is in the lantern as Wirt discovers in “The Unknown”. The Woodsman somehow has became the lantern bearer.

As the mill is broken, the Woodsman cannot supply much oil as in the past and this disturbs the Beast, because his life is in the Woodsman’s hands.

Beast: It seems you’re running out of oil, woodsman. Why not let me take the lantern for awhile?

Woodsman: Begone, beast! I’ve fought you for the lantern before, and I’ll fight you again!

In Ms. Langtree’s school there is a potato sack looks exactly same with the one in Beatrice’s house. 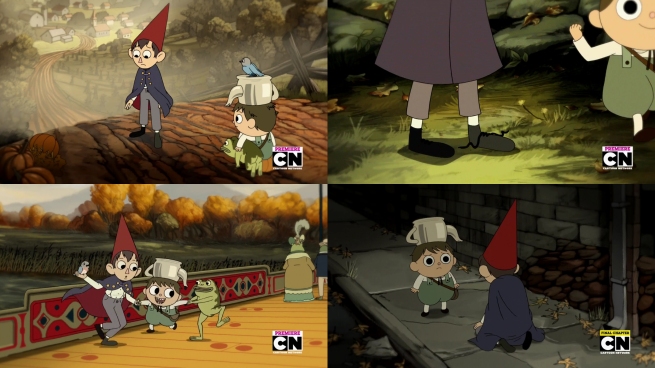 Did you notice Wirt’s shoes have different colours? One of them is black while the other one is grey. It’s because he wears one shoe from two different pairs.

If you have comments or theories please let me know.

“The Unknown.” By Patrick McHale. Over The Garden Wall. Cartoon Network. 7 Nov 2014. Television.

View all posts by tugceozdinc

One thought on “Over The Garden Wall Analysis – Part 2”