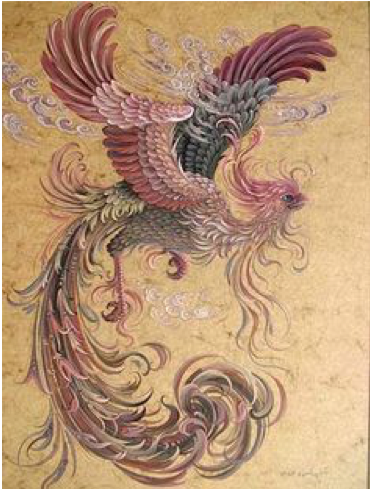 The most known work of Ferdowsi is The Shahnameh or The Epic of Kings. In this his masterpiece he writes sixty thousands couplets about ancient Iranian history and culture. The Shahnameh is seen as reaction to Arab invasion of Iran and to domination of Arabic language during that times. The Shahnameh is the history of old Iranian kings, heroes, myths, customs which represent Iranian high culture and civilization. While during that times writing in Arabic was seen as essential feature by most Iranian and non-Arab scholars, The Shahnameh is written in Persian. By writing in Persian, Ferdowsi tries to recreate Iranian soul and language. Ferdowsi has had great influence on classical Ottoman and Iranian literature poets. An example of Ferdowsi’s poems:

“Prosperous buildings are ruined
By rainfall and exposure to sunlight.
Ergo, I established a towering palace of verse,
That sees no harm of neither dust, nor rainfall
I shall not demise as I am alive, henceforth
For I have disseminated the seeds of discourse.” (Ferdowsi)

Omar Kyayyam was a scholar who worked on maths, geometry, astronomy, physics and medicine, but he is especially known by his hundreds of quatrains or rubais. He is one of the most known and respected Oriental scholars and poets in West World. In 1892, in London, a club was founded by his name. In 1970, his name was given to a crater on the moon, and in 1980 to a stray comet which was newly explored (Unat). One of the main ideas in his rubais is the philosophy that human beings come from nothing and going nowhere, so they should know the value of time which they live in. He states that the our presence has not got any meaning (Kırlangıç). He glorifies the beauty of life, love and wine. An example of Khayyam’s poems:

“At At dawn a cry through all the tavern shrilled,
“Arise, my brethren of the revelers’ guild,
That I may fill our measure full of wine,
Or e’er the measure of our days be filled.” (Khayyam) 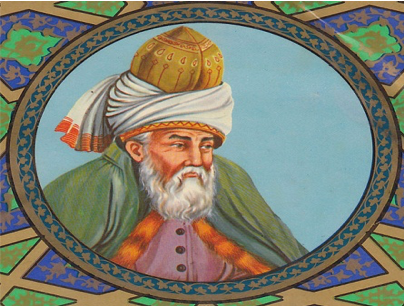 Molana, also known as Rumi, is one of most known poets in the world who writes about divine love. In the United States, Movlana is known very well and he is one of the best-seller poets, as well. Masnavi is seen as his masterpiece. Masnavi consists of the best Sofi poems ever have been written. The Persians can recite couplets from Masnavi as if they are holy words. His another work is Divan-e Sham. It includes couplets of the wisdom of life. Movlana as a Sofi states that all people are equal, so it is not important which country they come from, what race or religion they belong to; he states that my dervish convent is to open all of people. An example of Rumi’s poems:

“Come, come, whoever you are
Wonderer, worshipper, lover of leaving.
It doesn’t matter.
Ours is not caravan of despair.
Come, even if you have broken your vow
A thousand times
Come, yet again, come, come.” (Rumi)

Saadi-e Shirazi is one of most talented poets who wrote ghazal poems in Persian literature. He travelled in Hijaz, Damascus, Egypt, India, Yemen, North Africa nearly forty years. During these long years he met different kinds of customs, beliefs, and people from all castes of the society. He got to know these people so closely. After this his long journey he returned to his home town, Shiraz, and he started to write about his experiences which he had gained during this period. His best known works are the Bustan (The Orchard) and the Golestan (The Rose Garden). An example of Sadi-e Shirazi’s poems:

Human beings are members of a whole,
In creation of essence and soul.
If one member is afflicted with pain,
Other members uneasy will remain.
If you have no sympathy for human pain,
the name of human you cannot retain.” (Sadi- Shirazi)

Hafez-e Shirazi is well-known by his ghazals in which he describes love and wine meetings. He is influenced by former poets, especially Sadi Shirazi, Rumi, Khayyam, and uses some couplets of these poets in his ghazals. His couplets are known by most of Persians and are used as proverbs in daily life. Goethe attributed his West-östlicher Diwan to Hafez and his style. Yahya Kemal Beyatlı an Mehmet Akif Ersoy are other two famous Turkish poets who were influenced by Hafez and his style. An example of Hafez-e Shirazi’s poems:

“The corner of the tavern is my altar, where I pray
At dawn, the mantra of the Old Magi, I say.
Fear not if the harp plays not at sun’s morning ascent
My morning cry of repentance is the music I play.
Thank God, free from beggars and kings, away, I stay;
Homage, to the beggar at the door of the Beloved, I pay.
For Thee, in the mosque and the tavern, my time, I spent;
By God, from this intent, I never ran nor walked astray.” (Hafez-e Shirazi)