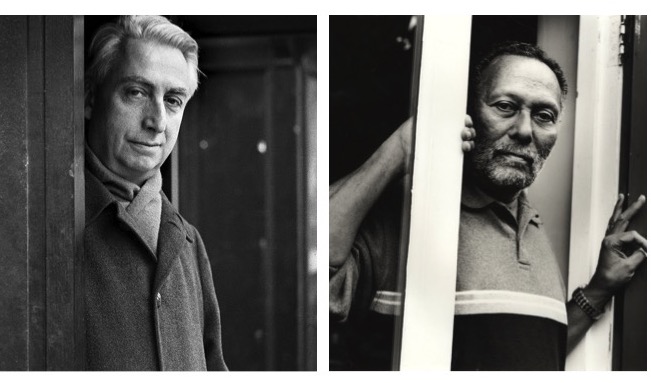 Communication derives from the Latin word “communicare” meaning “to share” (Dictionary.com) any kind of information or message among people. It is not always done through speaking; it could be written or symbols. Texts (ads, TV series, artworks and so on) are means for communication or to share messages. Sometimes these messages can have several meanings or have ambiguity and there are many factors that affect our interpretation of the messages. The advertisement shown below is one example of many textual messages that we see every day and it is important to know how to analyze such texts. Two key theorists help us analyzing these massages: Roland Barthes and Stuart Hall.

Roland Barthes’s way of analyzing texts is based on Saussure’s idea of the linguistic sign which is a combination of the signifier (image) and the signified (concept). However, Barthes adds to Saussure’s theory the idea of the myth which is the way the culture plays a role in making sense of the world around us. For example, when we analyze the advertisement at the level of Saussure’s idea; it shows a man lying in bed and a woman on her knees give him breakfast with the motto that reads “Show her it’s men’s world” referring to the product- ties- that are usually worn by men, hence, “men’s world ties”. This is what Barthes calls as the first level of signification which becomes a signifier for second level of signification and here is where the myth finds its place. The first level of signification (words and image of the ad.) becomes a signifier to another sign in that it connotes the dominant power of men in a patriarchal society. While Saussure asserts that the relationship between the signifier and signified is arbitrary, Barthes argues that the myths are socially and historically constructed. In other words, the way we understand the myths depends on our culture and background. For the same advertisement, the myth for a person in 1950s, when this ad. was released; would not be like interpreted in the same way as it be today. Today’s myth of this ad. could be interpreted in terms of gender roles. Positioning the man to a superior level while the woman kneeling down tells us how the society of that time was considering men in a higher position than women men were considered to have the power to rule this world while women were expected to serve men. Hence, as men went to work, they deserved the best “men’s world ties”. The company uses the motto “show her it’s men’s world” to show that masculinity can only be proven through the high quality of ties that are worn as men go to build this world. For 1950s’s culture, this advertisement may be read without questioning the gender roles because in a patriarchal society women did not have place in business world and they were expected to serve men in house. However, with the rise of some revolutionary movements such as feminism, the notion of gender roles has changed. Hence, in today’s world such an ad. would be completely rejected and analyzed in terms of gender discrimination. In order to prove how culture changes our perspectives and how analyzing signs is affected by culture, a modern artist Elli Rezkallah has reversed the gender roles of the same ad. Instead of man lying, there is a woman with the caption “Show him it is a woman’s world” (Ro). Our understanding of women’s role today has changed and that is what Barthes means by stating that the myth is changing according to the culture we live in. For Barthes, everything has a myth or a hidden meaning that needs to be decoded.
Here comes to Stuart Hall whose theory focuses on polysemy as we analyze or decode the signs. Like Barthes, Hall believes that a sign may have a hidden meaning and the message is not always clear, and he also adds that there are multiple meanings as we analyze the messages. He thinks the message is sent in the shape of signs from the sender to the receiver and passes through four stages from encoding to decoding. The first stage is production in which the company’s, or the sender’s, aim is to market its product, so that they encode the messages using culturally attractive notions to encourage people to buy. In this example, the company connects masculinity to the ties since it is only for men. The second stage is circulation when the encoded message reaches the public in the shape of an ad. The third is consumption that is when people see around the ad around them. They either see it only as a mere ad without any analysis, or they decode the message by analyzing the signs according to their perspective. And finally, the fourth stage is reproduction where people try to analyze the myths; for example, the myth of this ad is to show the authority of men. Polysemy is seen at the first and fourth stages.  During the first stage the sender of the message can aim at only marketing the product or imposing the understanding of the masculine authority; at the fourth stage the message can be either read as gender discrimination or just an ordinary marketing ad. There are multiple meanings of one message and these different interpretations are culturally shaped. Hall states that there are three positions taken by the receivers while decoding messages. The first is the dominant-hegemonic position happens when the receiver decodes the ad’s message merely as marketing tool. The second is the negotiated position, when we start question the way the add is given to us; for example, why does the company use a woman in the ad while the product is for men only? As we question the message, sometimes we may analyze it in a wrong way and misunderstanding may occur. And the third one is the oppositional position when we reject the ad and consider it a promoting gender discrimination and stop buying the product for being sexist. This stage is the reaction of our interpretation of the message and it does not always happen.
All in all, our daily life is full of messages. They sometimes may be clear while at other times they need to be decoded to be able to discover the myth behind them and, hence, we act accordingly. Hall and Barthes explain us the process of analyzing texts and signs. Both theorists agree on the fact that the message is not always clear and there are hidden meanings in it.